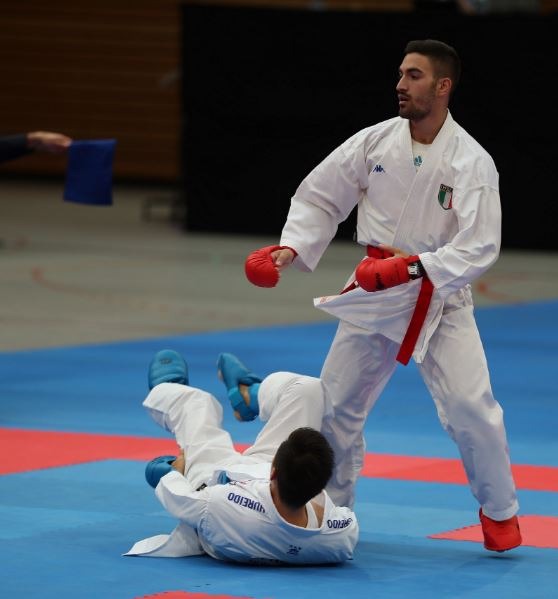 The modern Olympic Games, also known as the Olympics, are the world’s prestigious international sporting events, featuring summer and winter sports competitions in which thousands of athletes from all over the world compete in more than 300 events, 339 events to be exact in 2021. The Olympic Games are regarded as the world’s premier sporting event, with over 200 nations competing. Summer and Winter Olympics have alternated every two years during the four-year period since 1994.

Pankration, a precursor to modern mixed martial arts, was introduced as an Olympic event in 648 BCE. The Olympics feature six martial arts disciplines. Boxing, fencing, judo, karate, taekwondo, and wrestling will all be featured at the 2021 Summer Olympics in Tokyo.

The History of Karate

The Ryukyuan Pechin class developed te (Okinawan: ti), a common fighting system, long before karate existed. King Satto of Chzan established trading ties with the Ming dynasty of China in 1372, and after that, visitors from China, mainly from Fujian Province, brought several types of Chinese martial arts to the Ryukyu Islands. Around 1392, a sizable group of Chinese families migrated to Okinawa with the intention of fostering cultural exchange. There, they founded the Kumemura community and disseminated their expertise in a wide range of Chinese arts and sciences, including Chinese martial arts.

In the 1920s, it gained popularity all throughout Japan, and after World War II, it spread abroad. A karateka is a person who does karate. Kumite and Kata are the two modalities that makeup karate. In Kumite, or battle, the contestant with a clear lead of eight points, or the one who has the most points at time-up, is declared the winner of the three-minute fight. In the event of a draw, the winner is decided by the first uncontested point advantage (Senshu) or, in the event of a tie, by the judges’ majority decision (Hantei).

The History of Aikido Aikido, which means “way of harmonizing energy” in Japanese, is a martial art and self-defense system that is like judo and jujitsu in that it uses twisting and tossing techniques and aims to utilize the strength and momentum of the attacker against him. Also used is pressure on key nerve centers. Aikido practitioners train to control, not to harm or kill, however many of its techniques can nonetheless be lethal. Aikido places a specific emphasis on the necessity of attaining total mental stillness and physical control to control an opponent’s attack. Training in aikido includes developing manners and respect, much like in other combat arts.

Aikido’s fundamental techniques most likely date back to around the 14th century in Japan. The history of aikido records the efforts of the Japanese martial arts master Ueshiba Morihei, they were systematized in their contemporary form around the beginning of the 20th century. Aikido does not use any violent techniques. It was a primarily defensive discipline, according to Ueshiba, which precluded direct competition between practitioners. Later, Tomiki Kenji, a disciple of Ueshiba, created a competitive style (known as Tomiki aikido) using aikido techniques. A contestant uses a rubber or wooden knife to quickly contact an opponent to gain points while the other tries to escape and disarm the attacker. The two switch off using the knife.

Karate at the Olympics Karate has historically not been included in the recent Olympics. Karate, on the other hand, was approved for the 2020 Olympics because the games will be held in Japan. Karate events at the 2020 Olympics will include Kumite (sparring) and Kata. Participants in karate will be able to compete in Kata (forms) and Kumite (sparring) events at the Tokyo Olympics. Athletes can choose from 75 types designated by the WKF for the Karate kata segment, according to the Tokyo Olympic website. At the tournament, competitors must perform a different kata for each match, including the final. Furthermore, the Karate Kumite competition at the 2020 Olympics will be non-contact. At the prescribed regions of their opponent’s body, competitors send tsuki, or punches, and keri, or kicks, with explosive force. A tsuki or keri, on the other hand, never actually hits the opponent because competitors perform every tsuki and keri with absolute control, allowing them to abruptly stop the motion only millimeters before coming into contact with their opponent.

Could Aikido be an Olympic sport?

The International Olympic Committee has yet to state whether Aikido is eligible for consideration as an official sport for future Olympics. Some argue that it should not be an Olympic sport because it is not a contact sport and thus does not require enough strength for an Olympic event; however, any Aikido practitioner will tell you how much strength and discipline are required to practice this martial art.

Aikido is not your typical Olympic sport, but it possesses many of the characteristics that make it a good candidate. It requires intense training and concentration, it is beautiful and graceful to watch and reflects the inner character of the individual.

Olympic athletes are frequently regarded as heroes in our society, embodying qualities such as dedication and perseverance. Aikido embodies those same qualities, making it ideal for Olympic competitions.

A Comparison between Aikido vs. Karate Popular martial arts that are practiced by plenty of people all around the world include aikido and karate. How do these martial arts techniques differ? This is one common question. Aikido is regarded as one of the “soft” martial arts, whereas Karate is categorized as a “hard” method. Their respective martial art principles come from the opposite extremes of the “softness/hardness” spectrum. The two, however, are very similar to one another.

Many people think that aikido is a passive form of martial arts, yet it is quite deadly. Aikido’s fundamental idea is derived from the central idea of martial arts: to kill an opponent. Any untrained person doesn’t know how to fall and go with the throws, claims one aikido trainer. Untrained people are easily capable of breaking their neck, back, or joints. Karate, on the other hand, is thought of by many as a difficult technique. Karate, however, appears softer when seen from a technical and mental perspective.

In summary, many people frequently link cruelty and violence in martial arts. Even though this kind of art was created for self-defense, all that it involves are punches and high kicks. The other side of the spectrum is that the practice of martial arts is regarded as an example of bravery, chivalry, and selflessness. It is a philosophy that emphasizes the need for people to live in harmony and peace. Its philosophy emphasizes values of self-control, respect for others, and a positive outlook on life.